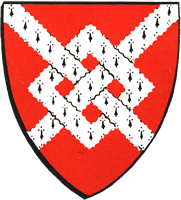 A new group is being set up to look at how the council can support and promote tourism in Eynsford, whilst taking account of the ongoing issues of congestion and lack of parking.

This website is one of our latest projects which has been in development for the past year. A designer has built the design and functionality of this site and the Clerks have worked with councillors to develop the structure and content of the site. This is a work in progress, so changes and improvements can be made. We feel this site will be a great improvement on the previous site provided by Kent County Council which was much less user friendly.

A working group including representatives from the parish council and the parochial church council met several times to discuss the implications and possibilities surrounding the imminent closure of the churchyard to burials. A report setting out the findings and recommendations of the group is attached here.

A new working group will be set up shortly to look at issues of accesibility around the village. Further information will be posted once the group is established.

The football pitch is an ongoing project. We have received a couple of small grants from Sevenoaks District Council to make improvements to the condition of the pitch. However, the two football clubs are also pursuing grant applications to either level or turn the pitch. The pitch at Harrow Meadow is on a slope is not considered to be suitable for higher league games.

Following the heavy rain in early 2014, Common Meadow was badly flooded. Even in the summer there were still pools of water at the edge of the cricket pitch. The parish council met with representatives from the Eynsford Cricket Club and the Environment Agency to discuss options. It was agreed to look into funding for creating a drainage channel to take away flood water.